Deploy your own API and build cool projects

What is a Rest API and how does it work?

Technically speaking, an API (Application Programming Interfaces) is a URL that returns a JSON object. But what is JSON? JSON (JavaScript Object Notation) is a format that stores and sends information. What does all this mean?

An API allows the client communicate with the server, meaning, it allows us to access another application that contains the information we need (for example, this weather app uses a certain API that allows us to check the forecast in any part of the world)

There are many kinds of APIs and one of them is a Rest API, which uses http requests to access the information we need. It also has specific methods as:

Let’s say we would like to create our own API with a list of movies and quotes, and we would like to integrate it on a small project. How could we do that? First, we need to know a little bit about NodeJS, Express JS and Heroku.

NodeJS is a JavaScript runtime environment, meaning, it lets us execute JavaScript in our computer, out of the browser. Normally JavaScript gets executed in the browser, which needs an internal program (motor V8 from Google) that interprets the code. That is why it is said that JavaScript is an interpreted language.

The JavaScript we write on Node is similar to JavaScript but there is no DOM, as we execute it out of the browser.

In order to use NodeJS, we need to install it (choose the LTS version) Once it is installed, we can check on the Terminal if it works correctly: node -v

When we install NodeJS, we are installing npm at the same time, which stands for Node Package Manager. This is a great list of packages we can use. You can find a list of the most popular ones here.

ExpressJS is probably the most popular web framework for NodeJS, which lets us work with API Rest apps.

Heroku is a Cloud Application Platform that will help us to deploy our API.

How to deploy a Rest API in Heroku

Let's first create a folder for our project on our computer. Afterwards, we need to initialize NodeJS in the terminal: npm init. It will create a JSON file, where we will have some information about the project name, description, etc. It looks similar to this: 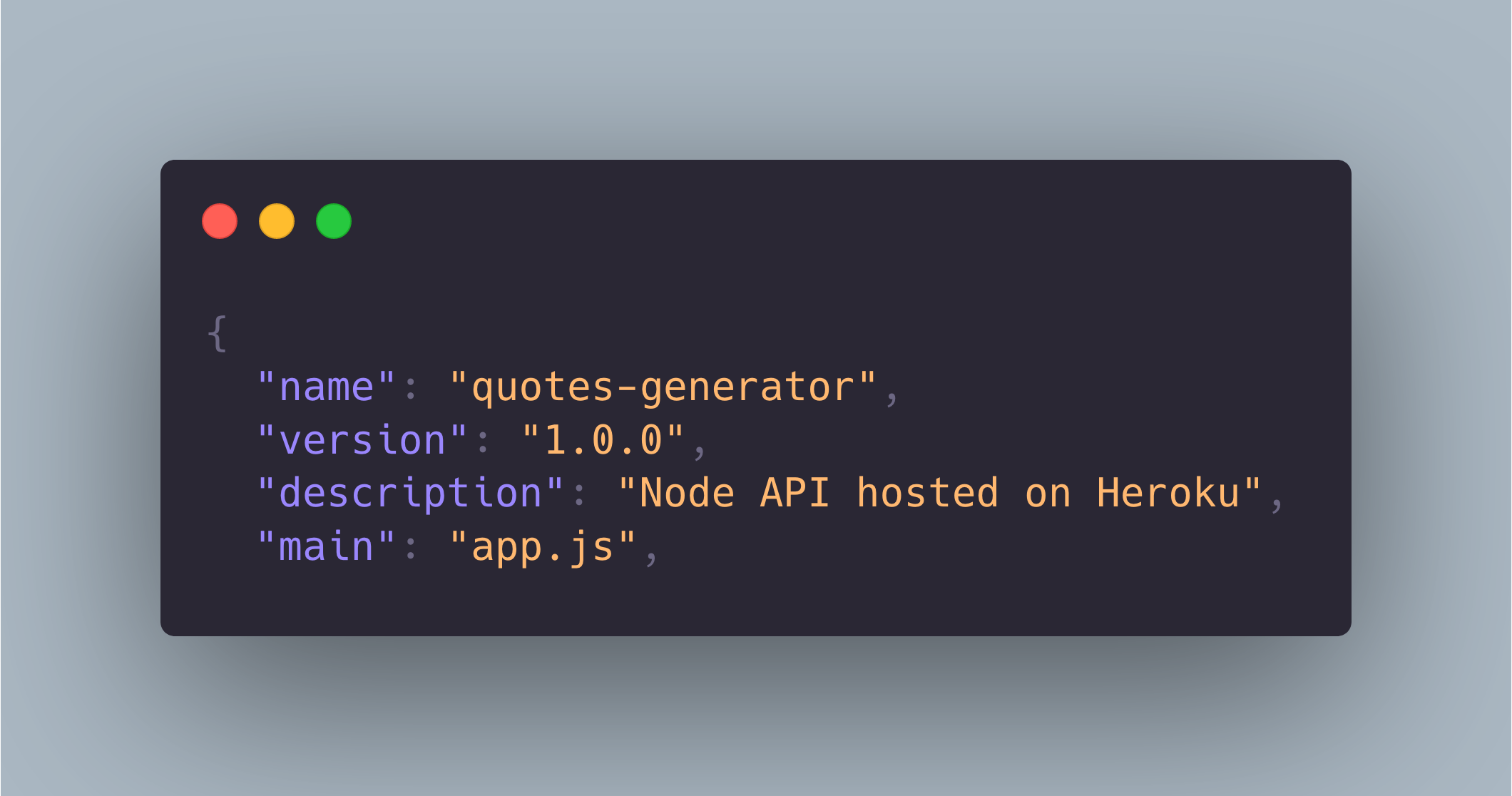 If we open package.json, we will see the packages we have installed under “dependencies”. In this case, we will see express. At this point, we should add an extra line in the package.json with: "scripts": "start": "node app.js". The final overview should look like this: 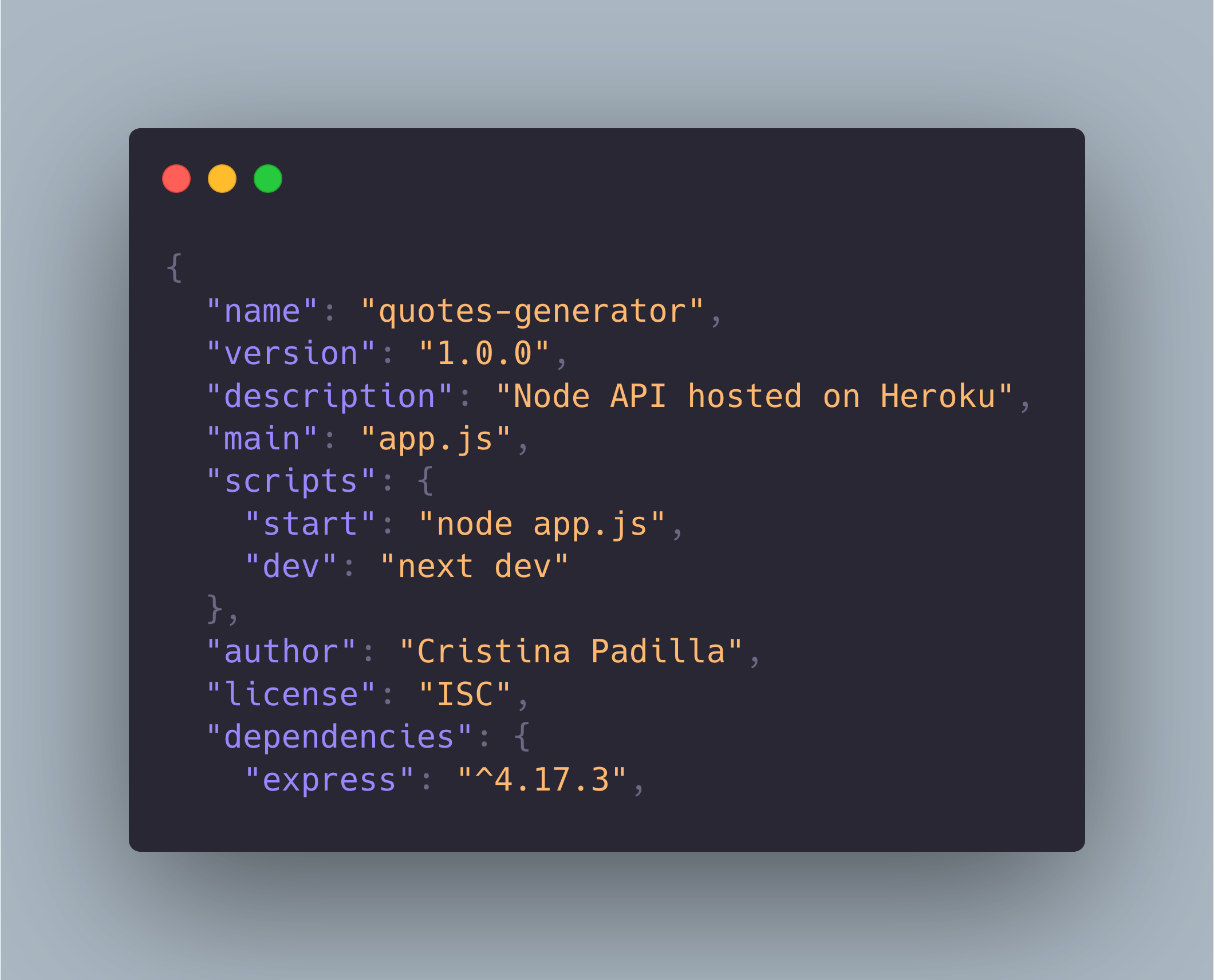 2) Create a JS file and execute it on the server

We can create a JS file called app.js, for example, and copy the following code: 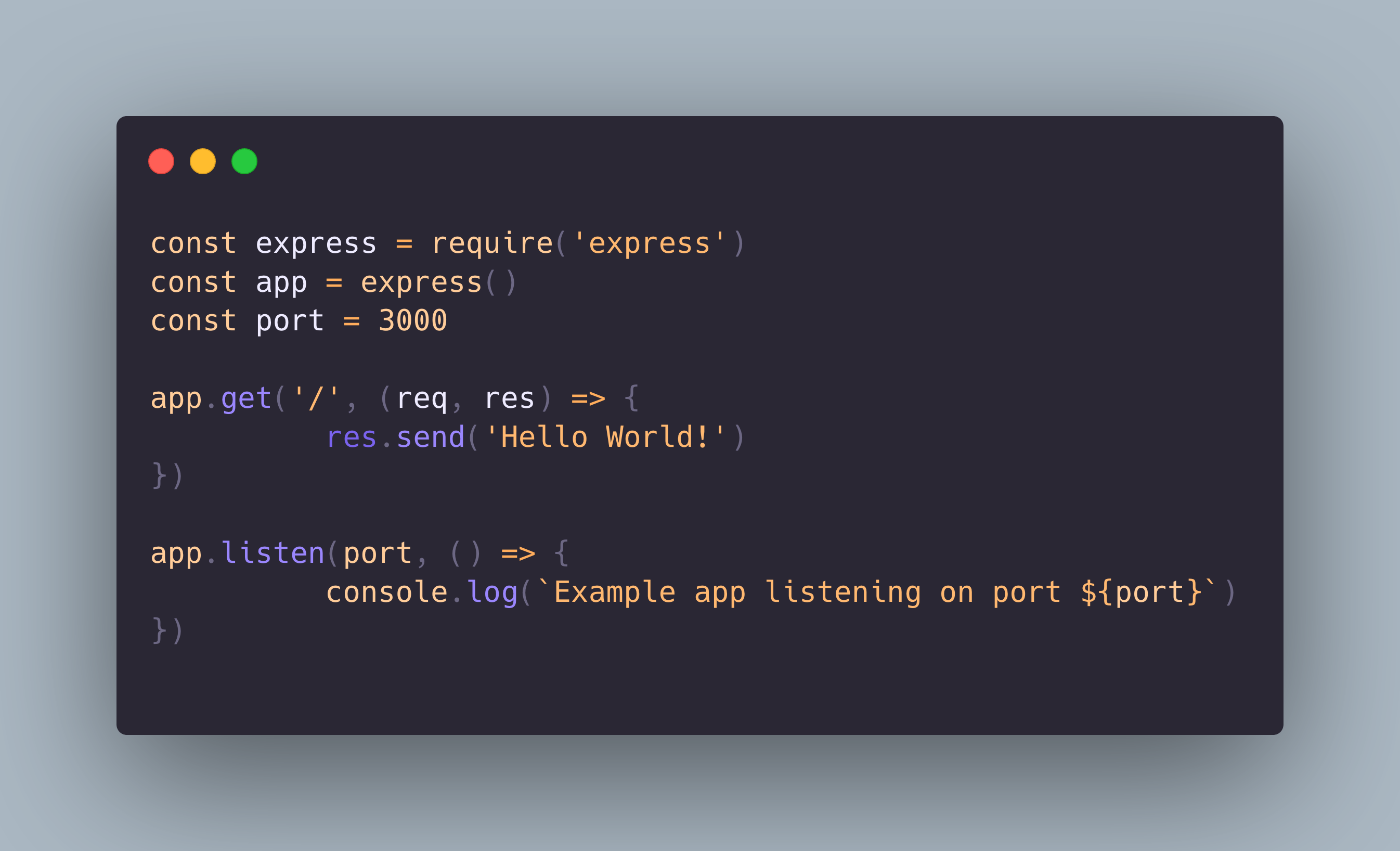 We can now execute this file from the terminal to see if it works on the server: node app.js. We should get http://localhost:3000. Once we open it, we should a Hello World! message: 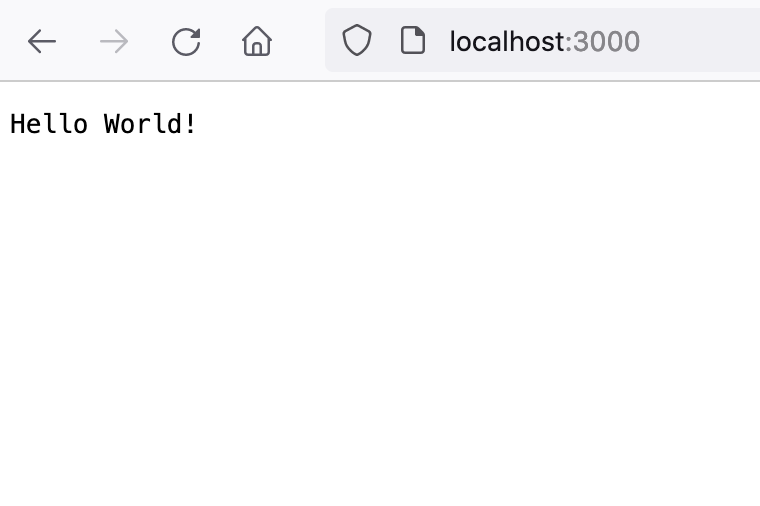 Let's create another json file called, for example, movies.json, which will contain a list of movies with quotes and some gifs. It will be an array of objects that will look like this: 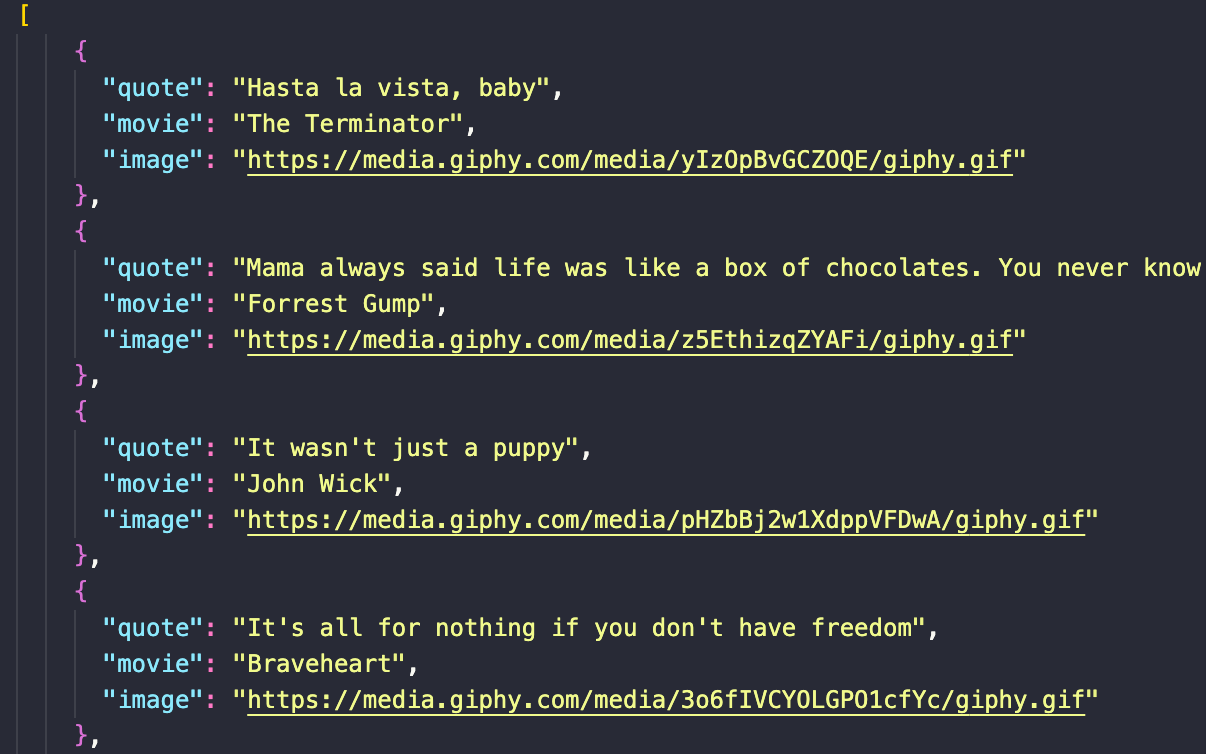 Let's modify a little bit the previous app.js file we created to include our movies list: 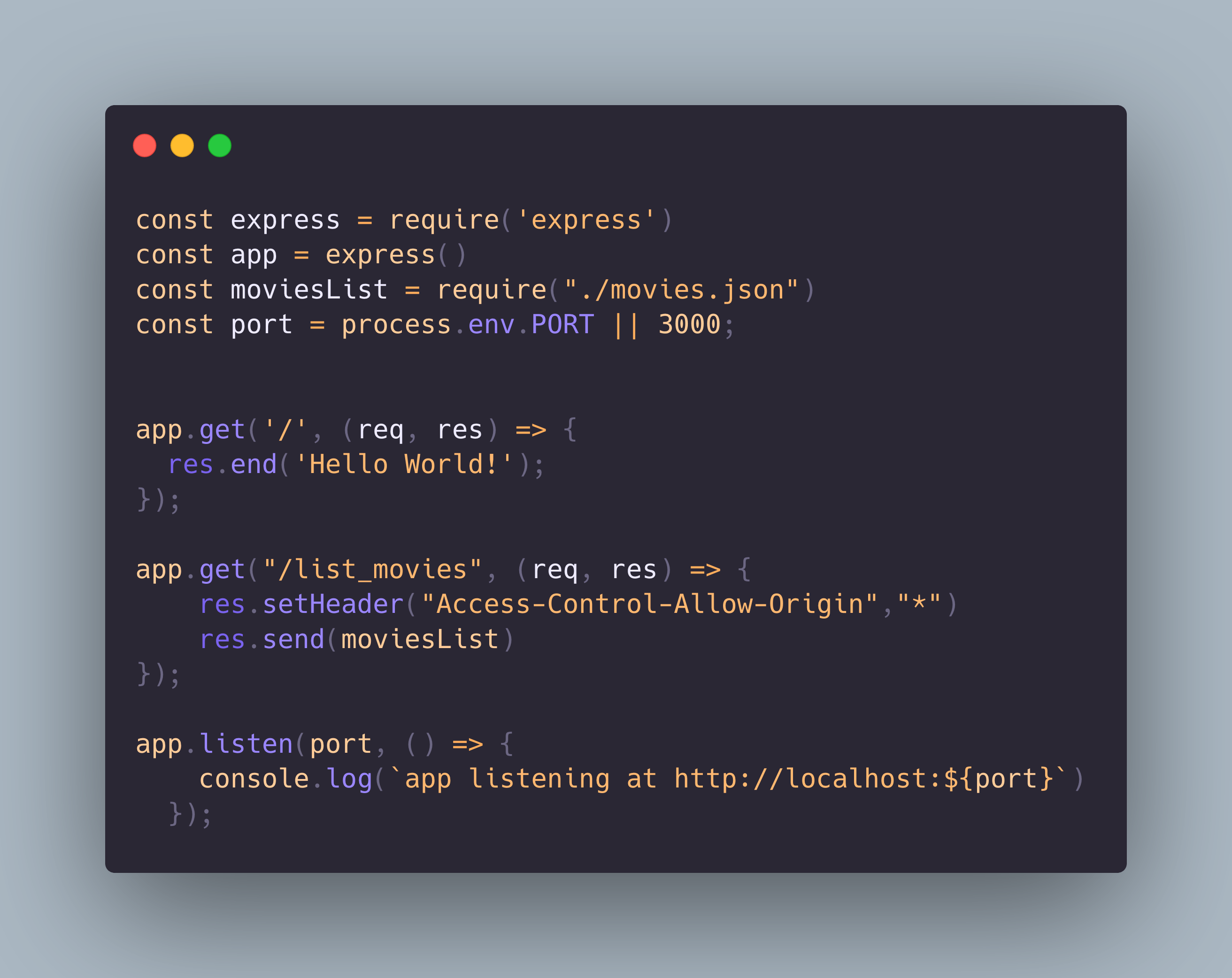 If we execute it again on the server: node app.js, and afterwards we open http://localhost:3000/list_movies, we will see the whole content of our movies.json file.

4) Deploy our NodeJS app in Heroku

First of all we need to create a Heroku account (it is free) and create a new file in our project called Procfile, which lets Heroku know how to execute our app. This file should contain the following:

1) In order to make the deployment, I have used Heroku Git but you can also make it with GitHub, if you find it easier. Install Heroku Cli from the Terminal:

3) Create a project with heroku create nameofyourproject, which will give you the app link. When appending list_movies at the end of the link, we will be able to see our API. Here my example.

4) Commit changes and push them to Heroku:

I have created an extra API endpoint and have integrated it in my movies project. Check it out below: 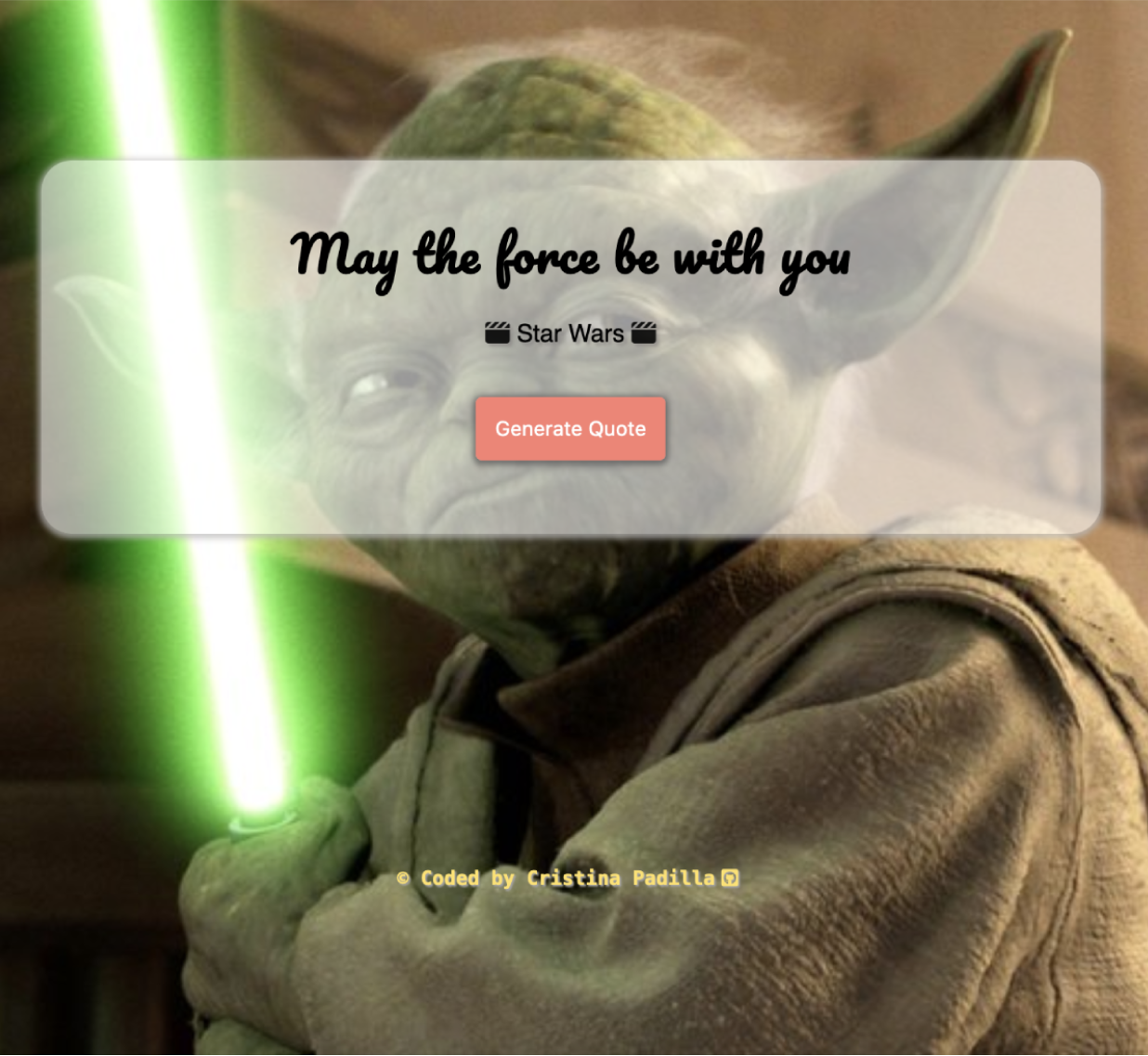 It is your time! Build your own API, integrate it in your project and have fun!